The Diary of a Soldier on Wheels: A Literary, Geographic, and Historical Analysis of WWI Motifs

“The Diary of a Soldier on Wheels” is the first-ever literary critical study of the diary kept by R. W. Taylor, an avid reader and member of the Army Cyclists Corps during the First World War. The diary has only recently become available through Oxford’s First World War Poetry Digital Archive. This project grew out of a presentation and research paper that Aislinn Kelly wrote for Dr. Laura Heffernan’s fall 2015 course, “Literature of World War I.” She has since presented the paper at local and international conferences, including the Showcase of Osprey Advancements in Research & Scholarship (SOARS) 2016; THATCamp Gainesville 2016; the 13th International Robert Graves Society Conference at St. John’s College, Oxford; the SHARP affiliate panel at the South Atlantic Modern Language Association (SAMLA 88) conference; and Phi Alpha Theta’s 2nd Annual UNF History Conference. She presented a summary of this project to the UNF Board of Trustees on June 7, 2017, and she featured her cyclist-soldier research in her SOARS 2017 poster presentation and her presentation at Sigma Tau Delta’s spring 2017 showcase of interdisciplinary creativity. She was awarded a COAS Foundation Scholarship to attend two five-day courses at the London Rare Books School in summer 2017 and continue researching the writings of other Great War cyclist-soldiers in London archives. Kelly will use these materials to supplement her discussion of Taylor’s diary as she develops the paper into an article for publication.

She argues that while Paul Fussell’s The Great War and Modern Memory remains the authoritative study of soldiers as writers and readers, he neglects the military population that read middlebrow novels and that experienced the war just beyond the trenches. She suggests that Taylor’s diary expands our literary history of the war. Situating the diary in its historical and literary contexts allows us to trace the origins of the motifs that Taylor utilized and compare his meanings with those of his famous contemporaries. To track keywords through the diary, Kelly has transcribed it into the program Evernote, making the hand-written document viewable side by side with a searchable and tagged plain-text transcription. The transcript is also the first step towards Kelly’s intention to encode the diary using TEI-XML. The literary analysis proposes how to read the diary as a piece of war writing influenced by his surroundings and the novels he read in his leisure time. For instance, Taylor’s description of a sunset lacks a juxtaposed trench, and he uses the theater as an analogy but does not grapple with the performative, dissociative aspects of trench warfare. In light of the war’s centenary, it is important to consider this different experience of war and make it accessible as part of a reimagined WWI literary canon.

Kelly has presented on “The Diary of a Soldier on Wheels” as part of the following events:

“It Ends Without Explanation: Computers and Cameras in the Archive and Informational Absences as Inspiration. Showcase of Osprey Advancements in Research & Scholarship (SOARS), April 14, 2017, University of North Florida.

“It Ends Without Explanation: Computers and Cameras in the Archive and Informational Absences as Inspiration”
“The Pleasures of the Text,” Sigma Tau Delta Spring 2017 Showcase on Creativity, March 3, 2017, University of North Florida.

“The Diary of a Soldier on Wheels: A Literary, Geographic, and Historical Analysis of WWI Motifs.” April 15, 2016, Showcase of Osprey Advancements in Research & Scholarship (SOARS), University of North Florida. 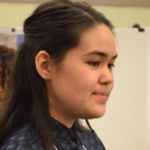 Student Researcher Aislinn Kelly is in her fourth year as an undergraduate majoring in English and double-minoring in Literature and Art History at the University of North Florida. She transferred to UNF after earning her AA in English at FSCJ, where she took the literature class that sparked her interest in the literature of the First World War. She is a student representative to the Advisory Committee of the Digital Humanities Initiative. Her other academic projects include co-authoring an article with Dr. Laura Heffernan and Deanna McMichael about teaching the women writers of the First World War—with a focus on women whose work appears in the First World War Poetry Digital Archive. After her prospective graduation from UNF in the fall of 2017, Kelly intends to gain experience working in archives and to pursue a graduate education in English literature. 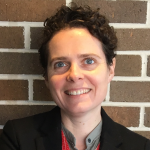 Faculty Mentor Laura Heffernan is Associate Professor of English at UNF.  She teaches courses on 19th- and 20th-century British literature, the modernist novel, and exploratory digital seminars on the literature of office work and the literary history of World War I. Dr. Heffernan’s research uses archival materials to discover how people have read, studied, and taught literature through the twentieth century. Her work has appeared in Modernism/modernity, Representations, Victorian Studies, and New Literary History, and she blogs about digital methods and disciplinary histories here: https://modernismmodernity.org/forums/discipline. Dr. Heffernan serves on the DHI Advisory Committee and co-chairs the DHI Curriculum Committee, whichi oversees the Digital Humanites minor at UNF.

The historical and document images used on this page are from The Great War Archive, University of Oxford (www.oucs.ox.ac.uk/ww1lit/gwa); © [Stuart Lee].